Copyright Police Records founded as a specialized label for The Jasracs™ is now open for demo submission. Let's play with copyrights which don't belong us!

NOTE: it's not my label and my project; my friend in Oklahoma, USA runs and does.

I wish you a good health! Thanks! 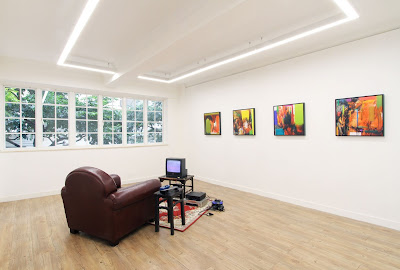 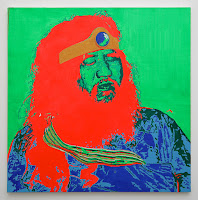 The world's most active all round player in experimental music/sound art field, Anla Courtis is coming to here Sendai on 4th March, for the first time in three years. I have organized his show and made a flyer. I show you it. 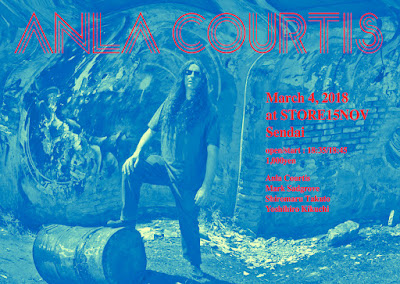 The show will be held at a great record shop STORE15NOV, now the only shop which sells experimental stuffs in the city. The owner Aoyama sometimes plays, actually we Courtis, Aoyama, and I played improvisation twice. This time Courtis will play solo, as well as I do.

Along with the show, our collaborated recordings which have been done since 2010 will be released on Australian label Cipher Productions, as cassette tape housed in 6x6" bag. I made compositions with Courtis' materials with additional sounds of mine. You can see and get it just before the show.
投稿者 Yoshihiro Kikuchi 時刻: 11:51 PM No comments:

My first public and international interview as a visual artist has been published on 12th January on MutualArt.com. Visit here and read.  It's easier introduction of my activities. I feel honored they kindly have described me as Rising Star. Thank you MutualArt. 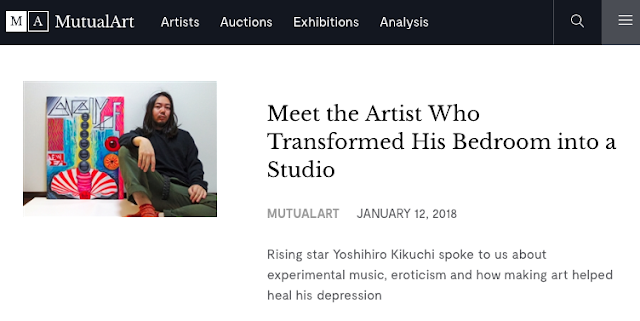 My new release a split tape with Philly experimental duo Metasplice is on sale.
My price is 12.00USD incl. shipping to worldwide.
If you are interested in, please contact me to:
info [ a t ] yoshihirokikuchi [ d o t ] org

If you are in the US, please contact Metasplice:
https://metasplice.bandcamp.com
You can get it more reasonable way. 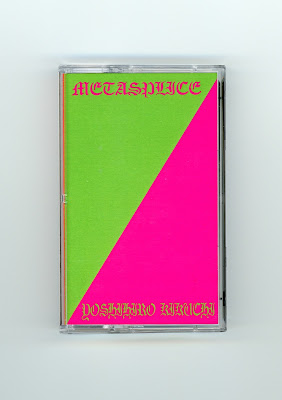 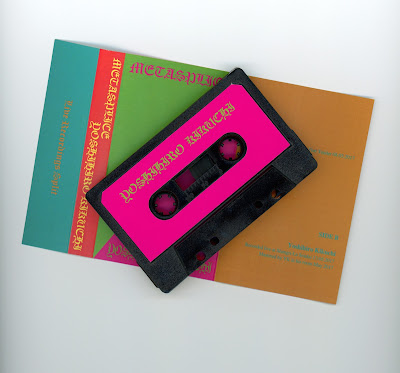 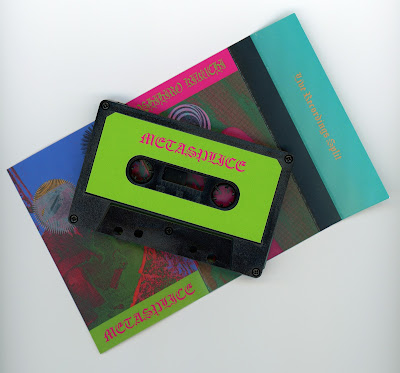 I just noticed that I never posted anything here since last December. I post this to give you a proof of that this blog is alive, that is, I am alive.
The next concert is 14th September 2017 in Sendai, with two guests from Philadelphia US, Desiccant and Embarker.
The other concerts' flyers are also below. I organized and coorganized the events for Horacio Pollard and Campbell Kneale as Our Love Will Destroy the World. The both were very precious experiences with intensely fun time. 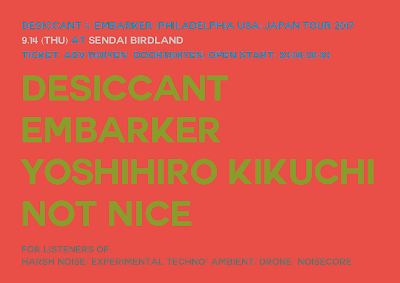 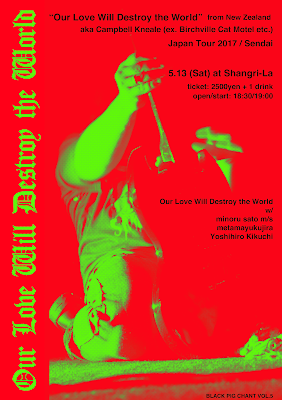 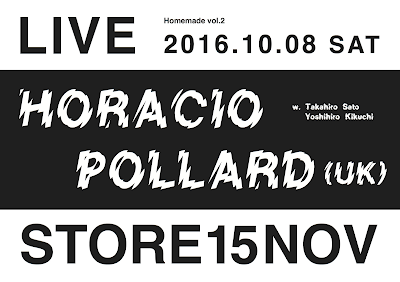 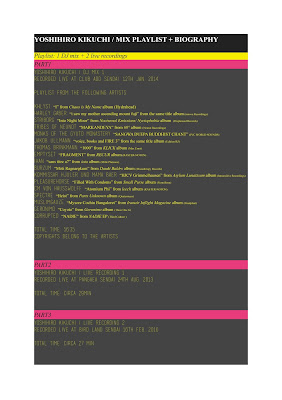 I participated in a Podcast program Notes From Chaos which has been organized by a Greek noise artist Otomo Hava.
My set consists of 3 sections. The 1st is my Live DJ mix recorded in 2014, 2nd and 3rd are my solo live recordings not DJ with computer(s), each sets were recorded in 2013 and 2016. The total duration is approx. 2 hours. You can hear to what I like to listen, and/or what I play as solo live act, and you will find some common aesthetics or something like that. Enjoy.
https://www.mixcloud.com/Otomo_Hava/guests-from-chaos-31-yoshihiro-kikuchi/ 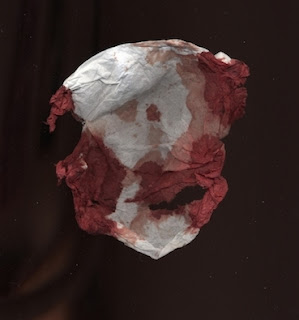 A new work featuring my nosebleed and spit has been uploaded on my website.
Visit here.
投稿者 Yoshihiro Kikuchi 時刻: 8:42 PM No comments:

I updated my own website here:
http://yoshihirokikuchi.org
There are many photos of works with detailed descriptions.
投稿者 Yoshihiro Kikuchi 時刻: 7:22 PM No comments: 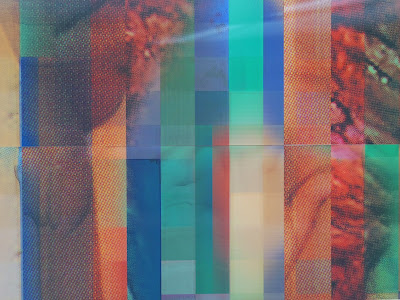 My new solo exhibition has started at AISHONANZUKA Hong Kong.

description about the title:

I want to negate humanity. It homologizes deconstructing the innate characteristic of human. It is also a way to deeply commit to Art that is the one of most rarefied concept human beings have.
‘Death’ and ‘Sexuality’ are the innately biological reputations human beings has, same as other animals. However as for human beings, there are systems to locate them onto our society, or to hide them artfully from our society, then they are treated as taboos that is inimical things to rationality. The both ‘Death’ and ‘Sexuality’ are the same as antisocial things that jeopardize our social living dominated by labor, consists of essentiality of ‘Eroticism’ that is violent urge to break our sociality.
Constructing of the social system that taboos and encroachments compete each other, is that human beings only has, the system are constructed by human’s rationality, there is absolutely Language on its origin.  Stated from opposite direction, the most part of the indescribable sense, is the ‘Eroticism’. Then, what is the exception of it, indescribable but not related to Eroticism?
In my current thoughts, ‘Death’ and ‘Sexuality’ exist biologically in human beings, they mean ‘End’ and ‘Start’, also the pleasure of sexuality leads to death, and vise versa. Between them ‘Death’ and ‘Sexuality’ there are activities by ‘Language’ that is an innate ability of human beings, as mechanism generates every institutions by rationality, exclude ‘Death’ and ‘Sexuality’ from social living. However, something that must be intelligence without describability, certainly exists inside of intelligent activities. That is the new theme ‘Doxa’.
In this exhibition, I show works that are the results of dialectically competing the 4 human beings’ essential themes inside of myself.

(
Inside of myself individual, sounds trivial, but this has the important reason as follows:
We Japanese haven’t experienced ‘Modernism’ because the modernization in Japan had not enlightened Japanese masses. However, now Japanese people have misunderstood that they are living in ‘Post-modern’ era through the modernism, as well as the other Western countries. I want to criticize the wrong cognition to relive modernism personally with not only refer the Western standard. That will bring its relativization. This, personally reliving modernism with strong rationality, will relativizes the Western modernism, that is the thing I have intended. The most important condition for modernization was that every people's individually gaining rationality. And it has existed as premise of starting of Contemporary Art. My works have been made according to the spirit of Modernism, but also have directions to relativize it without blinded obeying.
However, they can be connected to contexts in the history of Western Contemporary Art. Notice they are just the results. I have never picked any ideas up from the existent history before starting to make works. After I made works, I find that they can link to the contexts, that proves their universalities. I do NOT have any simulations and appropriations. I confront I as a person represents the world.
)
VISIT ALSO: yoshihirokikuchi.org
投稿者 Yoshihiro Kikuchi 時刻: 12:24 AM No comments: